As I mentioned in Part #1, I first consider content and then look for design inspiration. Layout is typically where I sometimes struggle for print, honestly. I don't like adding content for the sake of filling space and I want the layout to help with the hierarchy of content.

For example, I looked around at different infographics. I've seen plenty of them and the items are often in their own space. I opened up Sketch, set the size, and began adding elements. My first graphic to create was the main one on the front - a house built with just rectangles (very minimalistic.) A banner for the heading felt appropriate - it makes me think "festive announcement." Once I had the text done, I began to create the custom icons. I already knew what would be served: margaritas, beer, and pork. Those three things have some very recognizable graphics to represent them, luckily. Sketch allows you to make them into reusable symbols which is perfect.

(Yeah, I got lazy with the naming...)
Once the icons were made, and I finished the cover, I was inspired for the back part of the invitation. Clean, thin lines for borders. Continued use of the theme colors for the rest of the icons. Lovely. 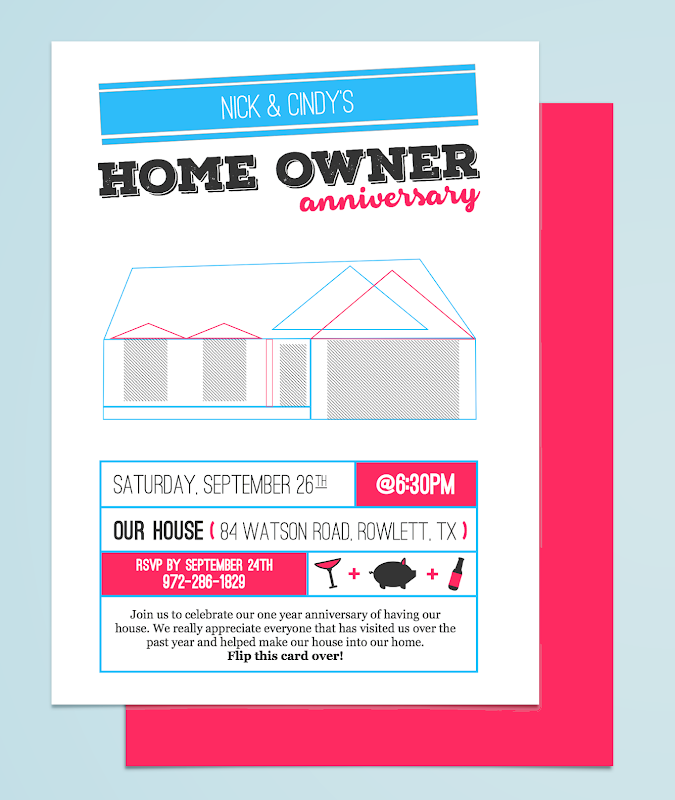 In order to continue on with simple, thin-bordered rectangles, I decided to use them to divide the content for the back. I used a serif font for descriptive text which I barely used since most of them did not need descriptions. The sans-serif font was used for the information itself and the numbers were made a bit heavier that the regular text. The decorative font was really just used for the word "anniversary" for the cover but I found another use for it: our names. It didn't make sense for either the sans-serif and serif fonts to be used for our names so using the display text was more of a "let's see if this works" approach. Glad it worked out. 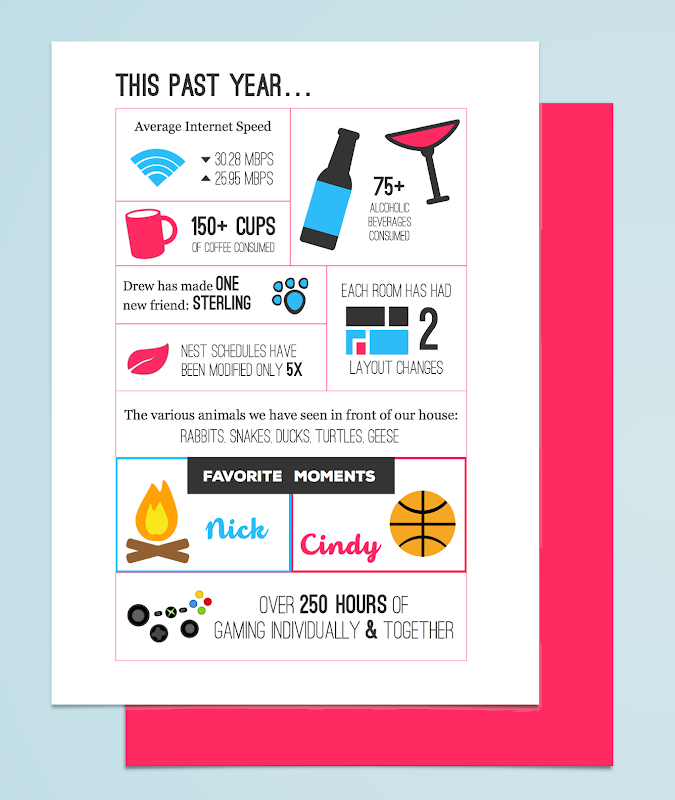 This is part two of a two part entry.